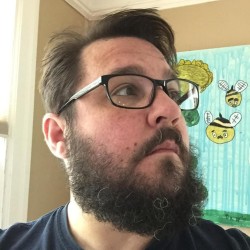 Shawn Rider has been building websites since 1995. With an MFA in Media Arts Production from SUNY Buffalo, he specializes in content-based web applications and educational technology. Shawn has managed teams working on major web applications including PBS Learning Media, PBS Kids, and more. He has also worked on projects for NPR, National Geographic, Discovery Communications, numerous startup companies, and goverment agencies including the Department of Education and the Defense Advanced Research Projects Administration (DARPA). As part of his industry work, he has also participated in technical working groups, mentoring and tutoring programs, and developer meetups. In addition to his mainstream web development work, Shawn also creates experimental and avant garde web applications and content. His stories have been featured in The Iowa Review Web, and his dynamic video work has been featured in the Washington DC International Film Fest and broadcast internationally. He has built mobile apps and widgets for standalone hardware devices including iOS devices, Android devices, and more. Prior to entering the web development industry, Shawn taught a wide variety of courses in both English and Media Studies departments. At University of Idaho, he taught one of the first paperless composition courses. At SUNY Buffalo, Shawn taught the primary courses for the New Media Design Certificate as well as other critical and production courses oriented around digital art, videogames, and virtual reality.